Mike founded the companies while still working as one of the corporate banking managers (with regional responsibility) in a leading universal bank.

In addition, Mike completed credits in U.S. Business Law and Taxation from the University of Guam. He likewise completed various executive education, professional courses, and trainings as follows:

Mike is an active member of PICPA, Association of CPAs in Public Practice, Leyte Chamber of Commerce & Industry, the Institute of Internal Auditors – Philippines, and the Association of Fraud Examiners.  In fact, he is currently the:

In addition to his CPA title, Mike holds the Certified Internal Auditor (CIA), and Certified Financial Services Auditor (CFSA) international qualifications granted by the Institute of Internal Auditors, U.S.A.   As a CIA practitioner, he completed and passed the Accreditation / Validation Course on the Internal Audit Activity given by the IIA – Philippines.   He also obtained the highest rating (first place – 90%) during the March 2004 examinations for Certified Investment Solicitors given by the Securities and Exchange Commission.   Further, he is a licensed life and non-life insurance underwriter.

His outstanding career profile include years of successful employment as Vice President for Credit Risk Management at BDO Unibank, Inc.; Audit Staff at the SyCip Gorres Velayo & Co (a member practice of Ernst & Young); and Visiting Lecturer in a state university.

He is the Chief Editor of “The BizTAX Folio” – a newsmagazine regularly published by Machica Group.  He is also the prime mover and staunch supporter of “Machica Audit Challenge” – a collegiate inter-school quiz bowl of accountancy students, and M.I.K.E. (Machica Inspires Kids Education) – a social initiative that supports kids’ primary education.

Mike has traveled across Asia, Europe, U.S., the Pacific, and Australia. He speaks English, Filipino, Cebuano, and Waray. 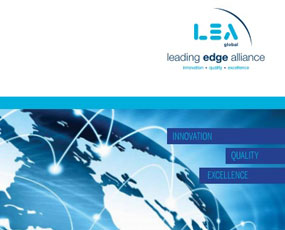